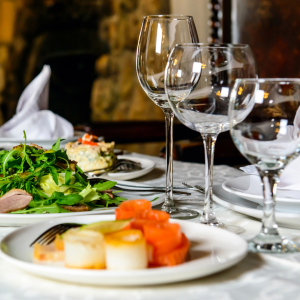 A Nobu Hotel and restaurant, part of a company actor Robert De Niro has a stake in, are now slated to open within Caesars Entertainment hospitality properties in New Orleans and Atlantic City, New Jersey.

Nobu Hospitality — founded by De Niro, chef Nobu Matsuhisa and movie producer Meir Teper — this week announced its expansion in not only those two cities but also at two sites in Las Vegas, also Caesars properties.

Nobu Hotel Atlantic City, which will feature a Nobu eatery, is expected to open next summer within Caesars Atlantic City. Its addition is part of Caesars’ commitment to invest $400 million by 2023 to update its two-casino hotel at the seaside gambling mecca, which includes Harrah’s Resort Atlantic City. Caesar’s plans include remodeling hotel room towers and suites, adding new interior design elements and making improvements to the casinos’ gambling floors.

And as part of its continuing partnership with Caesars, the Reno, Nevada-based casino operator, Nobu Hospitality next month plans to start a multimillion-dollar refresh of the guest rooms and public areas of Nobu Hotel Caesars Palace in Las Vegas, which was the startup chain’s first hospitality site. It opened in 2013 and has 182 rooms and suites, including Nobu Villa, and one of the world’s largest Nobu restaurants. Those improvements are expected to be done by the end of the year.