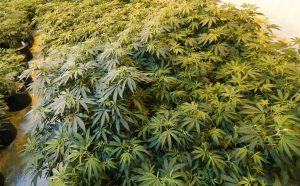 Now that New Jersey has legalized marijuana use and possession for adults 21 years and older, South Jersey municipalities have begun adopting their own rules to address use and sale.

And while, many towns are opting to ban it, some are now opening the door to the industry based on the promise of job creation and tax benefits.

Under the N.J. Cannabis Regulatory, Enforcement Assistance, and Marketplace Modernization Act towns have until Aug. 21 – 180 days from the adoption of the state law – to create any local enforcement structure. Towns that do not act by then will be governed by the state’s law.

Here’s how communities are responding in South Jersey:

City Council on June 17 published a map on its website showing the proposed areas where specific types of licensed cannabis establishments would be permitted to operate. An ordinance has  been introduced to change zoning to create the cannabis zones.

A public hearing and vote for adoption of the ordinance will take place 5:30 p.m. July 15 at  the Municipal Complex, 500 Mill Rd.

Council’s vote came despite protests from a union representative and employees from The Botanist, a medical marijuana dispensary at 1301 Boardwalk. “The rational behind this ordinance is that we are trying to bring the family atmosphere to the boardwalk,” Council Vice President Kaleem Shabazz said Thursday.

Borough Council voted on June 23 on an ordinance banning any cannabis-related businesses from operating in the borough.

Township Committee will hold a public hearing and vote May 4 on an ordinance that would prohibit the operation of any cannabis businesses in the community.

Officials here will vote May 12 on an ordinance banning any type of cannabis business in the municipality.

The Burlington County township adopted an ordinance on July 12 allowing the operation of “certain classes of cannabis businesses.”

City Council has taken no recent action. Voters, in a 2018 non-binding referendum, narrowly opposed its legalization.

City Council voted May 5 to prohibit the operation of any class of cannabis businesses within its geographical boundaries.

The Common Council held a special meeting May 5 to discuss regulations of cannabis businesses within Corbin City limits.

Then on June 3, the city held a special town hall meeting to discuss regulations of cannabis businesses. The meeting was to be held at at the Corbin City Railroad Park, with residents being advised to bring their own chair.

Township Committee will consider adopting two ordinances on May 25 regulating the consumption and sale of cannabis in the township.

One ordinance will ban marijuana smoking in public places. The intent is to “protect residents of and visitors to the Township of Dennis from the nuisance and health hazards of non-consensual exposure to secondhand marijuana smoke and limit marijuana-related litter and pollution.”

A second ordinance, also up for vote May 25 will prohibit any cannabis businesses from opening in the township.

Public hearings will proceed both votes.

An ordinance prohibiting the operation of certain classes of cannabis businesses within its limits was introduced April 12.

A public hearing on the ordinance will take place at the next council meeting on Aug. 12.

The township has introduced two ordinances that would clear the way for recreational cannabis businesses within its borders. A public hearing has been scheduled for 5:30 p.m. July 28.

The city on July 7 adopted an ordinance prohibiting the operation of any class of cannabis business in the city limits.

Galloway’s Planning Board voted unanimously to recommended to the Township Council that any company wanting to cultivate, manufacture, wholesale, distribute or deliver cannabis would need to enter into a redevelopment agreement with the council, so the governing body would have more of a say on guidelines that needed to be met before the business was approved.

The town is reviewing options and will have some legislation by the 180-day deadline, a town official has said.

Hamilton The Township Committee is expected to hold a public hearing and final vote Aug. 2 on an ordinance to permit cannabis establishments, distributors and delivery services anywhere in the township. A hearing and vote will also take place on an ordinance to impose a local cannabis transfer tax and user tax as revenue sources.

No record of recent legislation, but at least as early as September 2019, town officials voiced opposition to locating a dispensary in town.

The town’s governing body will vote to adopt two ordinances on May 13; one ordinance will prohibit the establishment of any recreational cannabis business in the township; another will medical cannabis dispensaries in its M-1 business zone.

City Council introduced an ordinance at their July 14 meeting that would prohibit the retail sale of all cannabis products within city borders.

The ordinance also would prohibit the use of marijuana anywhere in the city but an individual’s private residence.

A public hearing and final vote is set for Aug. 11.

Borough commissioners were expected to approve an ordinance banning cannabis-related businesses at their June 2 meeting.

In a 5-0 vote on Tuesday July 6, the township became the first municipality in Cape May County to say yes to retail cannabis sales.

The approved zoning ordinance will allow one license in each of two zones; the retail area in the North Cape May section of the township and in the industrial zone near the Cape May Airport, although Cape May County officials have said the use will not be accepted on the airport property itself.

The City Commission voted June 17 on two cannabis-related ordinances. One banned all cannabis businesses from setting up shop here, and the other made it illegal to use cannabis products in public.

A representative of United Food and Commercial Union in Egg Harbor Township said the union called on the commission to reverse its actions, saying “cannabis creates good union jobs.”

City officials said the ordinance bans all forms of cannabis for public use.

Middle Township has scheduled a public hearing and final vote on an ordinance that would preliminarily ban recreational cannabis establishments and distributors for 6 p.m. Aug. 2.

Mayor Tim Donohue said his administration felt most comfortable putting the idea of cannabis sales on “pause” until it receives further guidance from the state, including with regard to who receives what percentage of revenue generated by cannabis sales.

The township also is proposing to ban the smoking of marijuana in public areas.

“The time to act is now,” Donohue said.

The city’s Planning Board will hold a public hearing June 7 seeking resident input on regulations for cannabis businesses.

For more information: The agenda will be published on the City of Millville website located at http://millvillenj.gov/310/planning prior to the meeting, as usual. Please join the meeting from your computer, tablet or smartphone using the following URL or access phone number: From your computer, tablet or smartphone. https://global.gotomeeting.com/join/645672285 Using your phone. United States: +1 (669) 224-3412 Access Code: 645-672-285 New to GoToMeeting? Get the app now and be ready when your first meeting starts: https://global.gotomeeting.com/install/645672285 The Board Secretary will be taking the names of those in attendance once callers enter the meeting.

Township Committee voted to introduce an ordinance prohibiting any cannabis-related businesses from opening in its boundaries. A public hearing and final vote will take place June 22.

City Council will hold a final vote May 18 on banning any type of recreational cannabis business in the city.

A public hearing and final vote to allow cannabis sales in the city is set for Aug. 10 after a divided council introduced it in June.

City Council has also introduced an ordinance that would ban sales.

Council President Tom Polistina said the two-side approach was intended as a safety net, in case the other ordinance falls through.

“We’re in the air right now,” he said. “If you don’t act, then you are tied in with whatever the state puts forth.”

That’s a reference to local town’s Aug. 21 deadline to either accept the state’s legalization or to come up with their own laws and policy.

On April 8, the city adopted ordinances aimed at keeping out dispensaries.

City council adopted an ordinance banning vaping, and smoking of cannabis, marijuana and hashish on the boardwalk, in parks and in recreational areas following a public hearing May 27.

The city has previously approved a medical marijuana dispensary. No legislation regarding recreational marijuana has been brought up, according to a review of minutes.

The City Council will hold a public hearing and vote on final adoption on June 15 on an ordinance banning the operation of any cannabis-related business in the city limits. The meeting will be held at 6:30 p.m. at City Hall, 143 Main St.

The city will vote May 11 to adopt an ordinance prohibiting the sale or operation of any recreational marijuana manufacturing, cultivation, processing, distribution or dispensaries as well as the delivery of cannabis. The vote also will include prohibiting the public consumption or smoking of cannabis in public.

A public hearing on an ordinance to amending zoning regulations to prohibit all manner of marijuana-related land use and development will be considered for final adoption following a public hearing 7 p.m. July 22 in City Council Chambers, 1 West New Jersey Ave.

The Township Committee will hold a public hearing and final vote May 11 on an ordinance prohibiting “the consumption of cannabis items.”

The borough voted May 4 to prohibit the sale of marijuana, as well as the operation of an marijuana-related business. Smoking and ingesting cannabis also will be prohibited.

The township on May 10 adopted an ordinance aimed at keeping out recreational marijuana dispensaries.

No information could be found regarding legislation. At a Jan 5, 2021, meeting, the board was asked for support for a marijuana growing operation application.

The City Commission on May 13 introduced two separate ordinances that would prohibit the creation of any cannabis-related businesses and the smoking of marijuana on public property.

On June 10,the city will hold a public hearing and final vote on both ordinances. The meeting will be held 5:30 pm, in Commission Chambers City Hall, 6201 Atlantic Ave.

The city’s Zoning Board took the issue up at a recent meeting. It’s unclear what action was taken.

West Cape May voted in July in favor of allowing cannabis sales. The borough became the second municipality in Cape May County to do so, joining Lower Township, which approved its own ordinance July 6.

The borough adopted an ordinance May 7 prohibiting the operation of “all classes of cannabis businesses” within its borders.

Wildwood Crest will vote on May 12 on final adoption of an ordinance that would prohibit anyone under the age of 21 from consuming cannabis on private property.

The township adopted an ordinance following a public hearing on July 7 that prohibits the operation of any class of cannabis business in its jurisdiction.